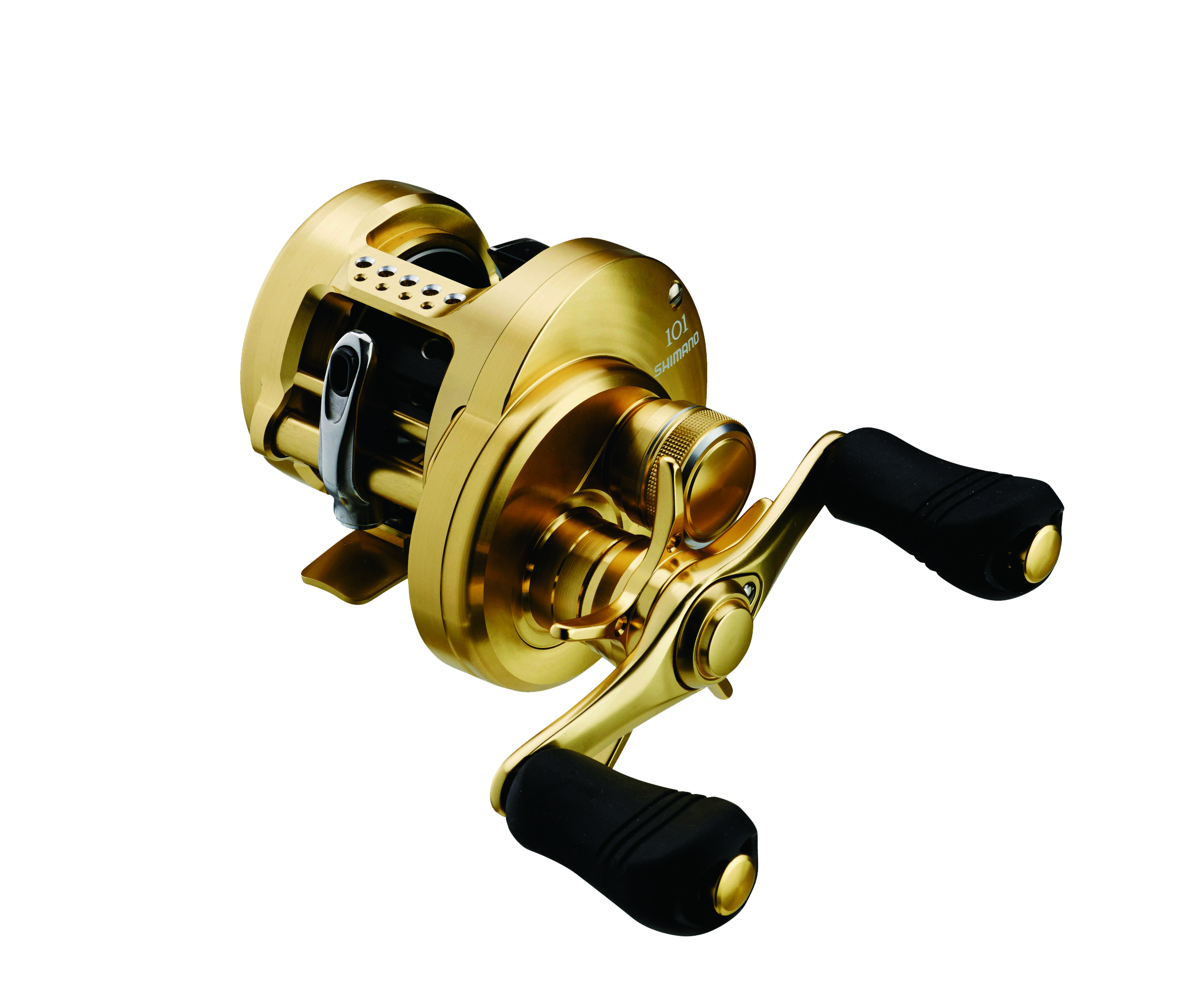 Quality, precision, and refinement. The new Calcutta Conquest builds upon the Calcutta namesake that Shimano has established over the years.  Two of my favorite fishing reels to fish with is are my Calcutta CTE 400 and Calcutta CTE 100 DC.  I consider these heirloom pieces I will one day pass onto my sons.  The new Calcutta conquest reels look to be the next generation of innovation and quality I have come to expect from Shimano. 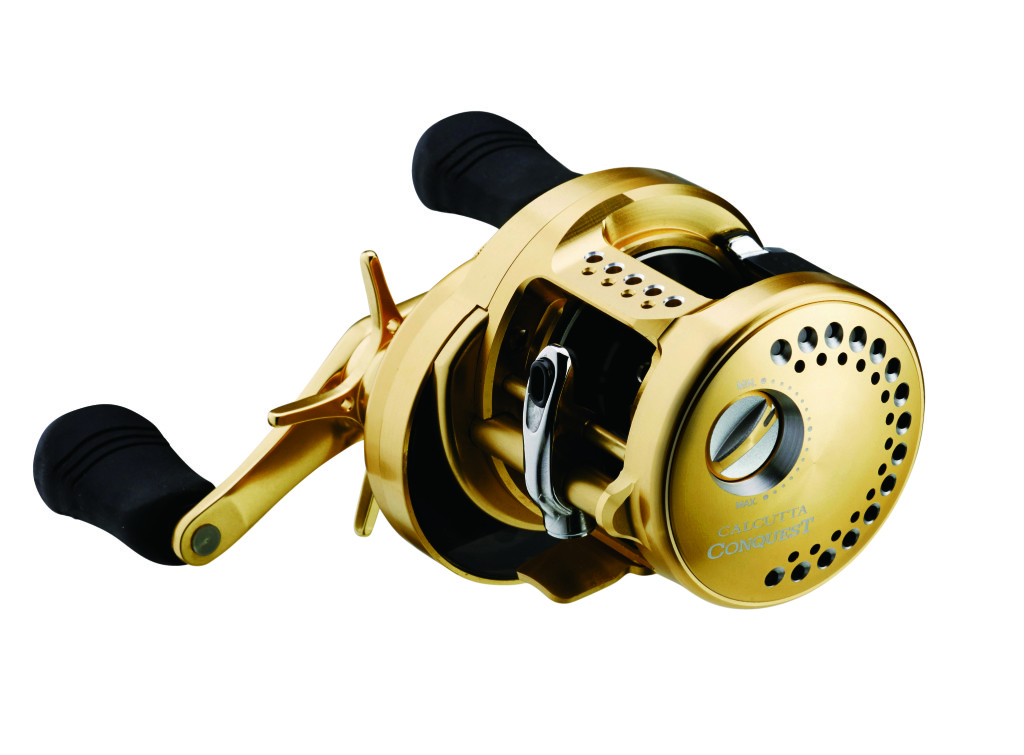 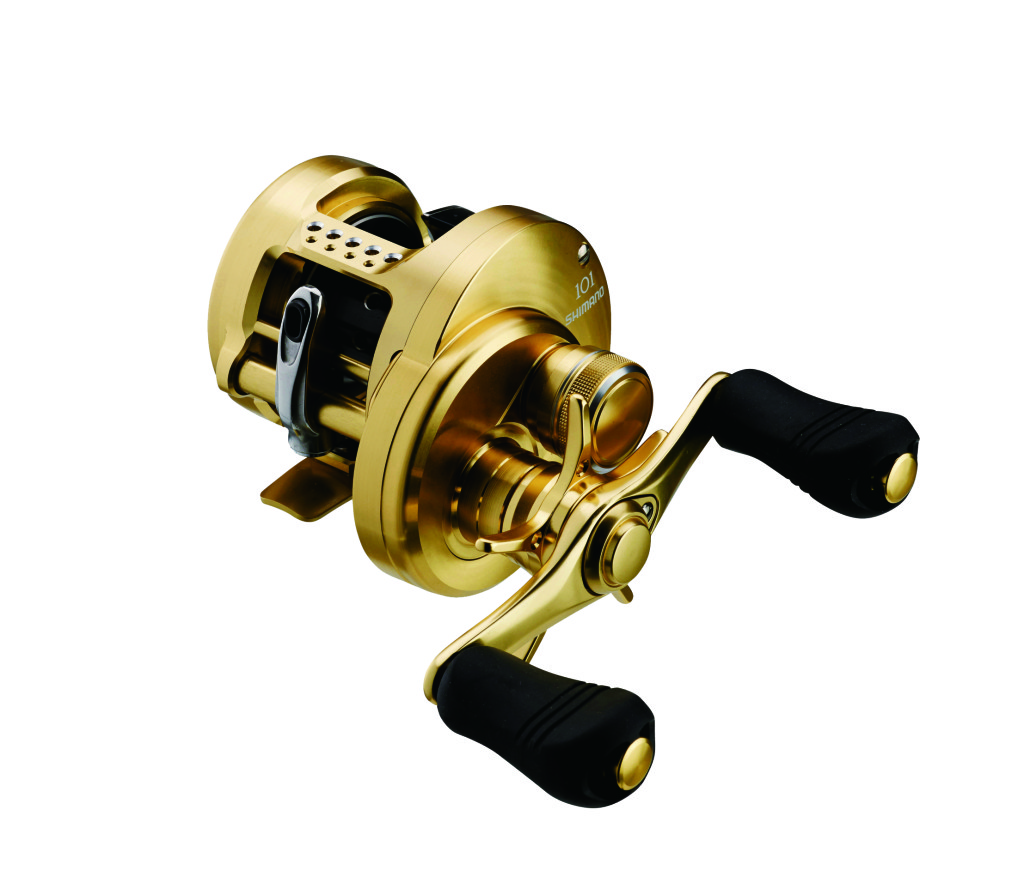 CREATED FOR THE NEXT 10 YEARS

IRVINE, Calif. – ICAST 2014 Introduction – A longtime benchmark round reel for cranking and known for their durability, Shimano’s Calcutta reels continue to be a favorite with anglers looking to fish the best. A new flagship round reel series is now part of the Shimano line-up – the Calcutta Conquest reels – combining innovative features with the Calcutta timeless design. The series includes the Calcutta CTCNQ-100 and 200, and the left-hand retrieve CTCNQ-101 and 201.

More compact with Shimano’s ‘S Compact Body Design’ and offering a higher level of performance with features including Micro Module Gear technology, SVS Infinity and Shimano Stable Spool Design (S3D), the Calcutta Conquest reels “are all about durability, smooth rotation and rigidity,” said Robby Gant with Shimano’s product development staff. “We give anglers the best with a cold-forged frame, S3D reduces spool vibration for better casting performance and overall feel, plus we use a larger diameter spool to help increase casting distance.”

The Micro Module gear system takes Shimano’s technology another step forward by reducing the size, while increasing the number, of gear teeth on the pinion and drive gear. “While anglers know all about the smoothness of Shimano reels, as the flagship round baitcasting reel we take the Conquest to the next level, all leading to not only exceptional casting distance, but also exceptional power and durability,” Gant said.

Shimano’s SVS Infinity brake system (also found on Shimano’s flagship low-profile Antares reels, along with the Metanium and Chronarch CI4+ low-pro series) controls spool speed for precision casting especially when using lighter lures. An external adjustment knob provides for quick, precise adjustments for either the conditions or when you switch. Anglers will also experience the advantages of X-Ship technology, “where we the support the pinion gear on both ends with bearings, leading to better gear durability and also to help make long casts with light lures,” explains Gant.

Knowing anglers expect long-time use with Calcutta reels, Shimano also includes a torque limiting levelwind designed into the Conquest series. “Even if fingers or debris gets stuck in the levelwind, it will stop moving and prevent any gear breakage – or even possible injury to the angler,” Gant said.

“When it comes to round reels, the Calcutta name has become the standard anglers look for,” said Gant. “It continues to be our benchmark, and with the Conquest reels, we’re providing anglers with the next decade round reel.”