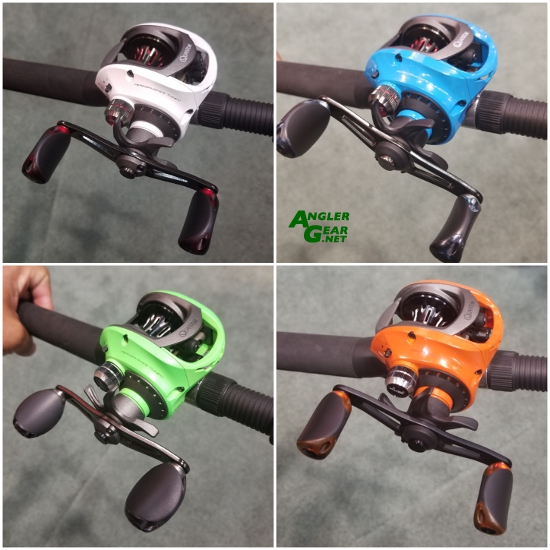 ICAST 2018 proved to show another year of growth in the bass fishing industry.  There were a number of interesting offerings from some veteran players but also a few new niche items worthy of note.

Once again I still think the New Product Showcase is a mess with regards to voting and leveling the playing field for new comers.

Last year a friend of mine brought up the fact that there needs to be a “First time at Show” table explicitly.  I could honestly not agree more. It needs to be a category to give the everyday guy coming from the grassroots level some exposure against the big wigs of the industry. Floor space is expensive and for the guy trying to build up a brand out of his garage getting a category they can actually compete in to win a “best of show” award would incentivize them to take the chance at actually showing up at ICAST.

It was interesting to note the “Fly fishing accessory” category had only 5 or 6 items on the table.  So obviously most people voting voted for the one YETI branded item on the table.

The North Concourse OCCC was a change of pace venue from the South Side. Albeit I’ll miss the aerial walk way views. It looks like ICAST 2019 will be back in Orlando.  At this pace I’m not sure if the show will ever makes its way back to Vegas.

I spent majority of the show checking out the show with Okeechobee Guide Justin Jones, checking out a number of interesting items.

Below are just a few of those: Jackall Riser 007 and 009 SP
Jackall always brings out new and interesting baits that explore the bass paradigm.  These two “sinking’ top water baits feature a upper mouth and aggressively angled lip to quickly bring them to the surface and effectively “walks” on a fast and steady retrieve.  This should be a interesting option for open water schooling bass.

The Shimano Metanium DC
While the Curado 150 DC obviously stole the spotlight I was glad to see the JDM Metanium DC make its was to the US and sit as the flagship DC offering.  Its refined performance aspects should lure in those that take to the Curado DC and area already fans of the current Metanium Platform. Shimano SLX
Almost a decade ago the $100 Bass rod paradigm unfolded and many manufacturers tried to hit this price point with a rod of their own.  This year that philosophy seems to have permeated to baitcast reels as I am seeing more and more reels target this price point for the upcoming high school and collegiate anglers looking for value oriented options to fill the boat with. The SLX is Shimano’s entry into this foray with a familiar chassis, some flagship feature set, and a little bit of blue bling. ZPI
Sitting on a small table on the edge of the Lucky Craft booth was number of tricked out ZPI reels. Complete with custom upgrades.
One of the OGs of the reel customization game perhaps the most impressive item on the table was thier Reel Oil.  Seeing the quick table demo of a baseline Shimano Curado K vs. another Stock Curado K with just the oil added was rather impressive.  I look forward to trying this out on a few of my reels back at home. VMC Tokyo Rig
One of the most discussed terminal tackle items at the show was this rig.  I can see some of the benefits albeit I am still skeptical of its practical application.  Curious to see how this actually fishes on the water vs. some traditional rigging techniques. Teckel Maracker Frog
In cases you missed it, the Teckel Sprinker Frog was essentially the hottest bass fishing bait on the US market last summer.  While Teckel USA has a few other frog design permutations in their lineup, this new offering certainly stands out as vastly unique.  The predominant design feature is a blade that actually has a rattle chamber.  Cant say I’ve seen this design before and certainly neither have the bass. Gruv Big Jig Box
I missed catching this companies product last year.  But safe to say I was rather impressed with their off the cuff demo of their Big Jig Box. One of their team members caught me shaking the box to see if the jig heads moved as I poked to whether or not the box could stay so neatly organized after a rough run across Lake Okeechobee on a windy day.  The team member then proceeded to open the box and tossed it rather hard upside down and on the floor.  I was surprised to see all of  he heavy jig heads within perfectly locked in place.  Call me impressed.  I certainly will pick a few of these up. Colorful Quantum Accurist  S3
The Quantum Accurist has been a popular value platform for Quantum for quite a while.  It has even had its own colorful permutation from the second generation blue, gold, and red models.  This year these new colorful introduction falls in line with a common theme from ICAST and that is color.  I can only presume this is to appeal to the younger generation of anglers, but also functionally makes sense if you organize your gear and color to be technique specific. Spincast reels have come a long way. This IM8 Winn Grip combo paired well with the 29IPT bullet reel.  Its nice to see Zebco making strides to get some new spin cast tools out in the fishing marketplace. It was interesting to see Realtree making a serious push into the freshwater fishing market. I laughed at the Dirt worm series but in actuality appreciated the thought that went into its packaging and implementation.  The Iguana reminds me of the resident bank and tree enforcers that line the Osbrone/Ida chain back home.  Am I missing out on catching a Florida trophy using iguana lures? This simple gadget solves the modern bass anglers problem of trying to get too many terminal rings on the same battery stud while improving connectivity and decreasing clutter. Available in 3 and 5 post configurations. This prototype leverages the success of the original BOOM BOOM frog and is still being refined by Fred. These two rods felt great in hand. Like they were just begging to be fished with.  The sensory line will feature 30 ton blanks whereas the Unicorn will have 40ton.  Both rods will feature Fuji Alconite guides and come in at $249 – $299 depending on model.