Daiwa is a company that always pushes the envelope when it comes to fishing reel design. Progressive aesthetics, performance, ergonomics and durability all come to mind when thinking of their top end product offerings.

The latest buzz by the company pertains to the new Daiwa T31016H TW. Debuting as a prototype at Osaka 2011, this reel features numerous design enhancements sure to please a number of enthusiast bass anglers. 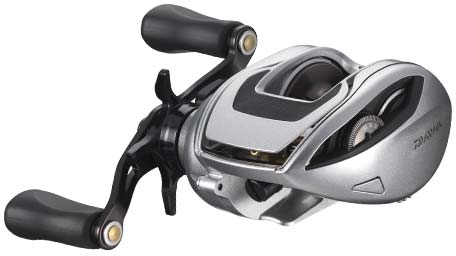 The reel debuts a new feature from Daiwa known as the T-Wing System (TWS). An re-evolution of the traditional level wind system found on majority of baitcasters on the market today, this feature incorporates a “T” shaped line guide and specialized clutch system. Upon disengaging the reel, the reel hood opens and moves the line to the upper portion of the T shaped line guide allowing increased line flow. After the reel is re-engaged for retrieval the line is pushed back down into the lower portion of the T guide and wound onto the spool in a conventional manner.

Alongside this novel new casting system Daiwa also introduces an all “Zaion” chassis. Which is a first for the company as this carbon based composite material has only been utilized in its spinning reels until now. Touted as possessing the same desirable characteristics as magnesium, with a higher strength, and without the worry of corrosion. Daiwa has slowly been pushing this as the ideal material for future high performance fishing reel construction. 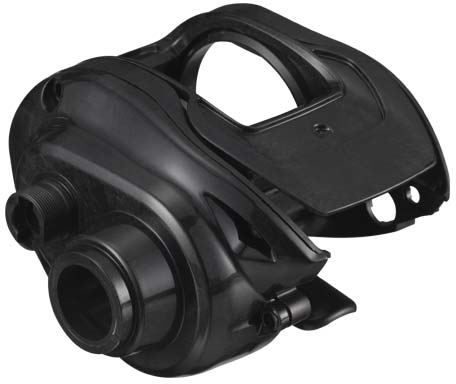 The stylistic cues of the T3 are a carry-over from the Z2020 albeit smaller profile. Magforce 3D is also incorporated into the design facilitating greater range of adjustment over Daiwa’s traditional implementation of Magforce V or Magforce Z. Much like the existing Daiwa braking systems Magforce 3D has a spring loaded inductor travel into a user varied magnetic field. However, unlike its predecessors Magforce 3D allows the user to change the baseline position of the side plate induction field further inbound or outbound depending on the casting application.

Other features include the much emulated swept handle and drag star implementation as well as an 8 bearing system and Daiwa’s “digigear” digital gear design optimization.

The pending worldwide release date for this reel is late 2011.

Hopefully, a USDM version will be released as well.