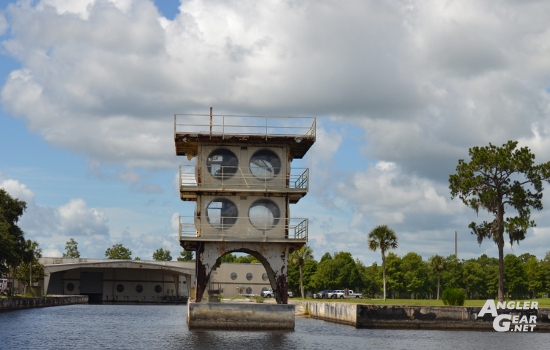 Tackle X was a brand new media event that took place just prior to the start of  ICAST 2014.  This event was held on Lake Conlin Florida (formerly known as Lake-X).  Members of the press and other guests took part in this special event to actually learn about and test out some of the tackle to be subsequently launched at ICAST 2014.  A simple yet novel idea to get  new gear in the hands of the people that are passionate about it at a place where a history of progress had already taken place.

Lake X is predominantly known for its mystique appertaining to an individual known as Carl Kiekhaefer. Described as a rather demanding individual and former Evinrude employee, his desire for performance and speed led him to build what is now known today as Mercury Marine.  For a time span of three decades the approximately 1400 acre lake was Mercury’s private test bed.  This secluded place was hidden from his competition, and is a highly regarded central Florida locale where numerous testing and storied marketing efforts ensued.  Of most famous note is the legend where two Mercury Mark 75 outboards averaging 30.2 mph completed an endurance run that lasted 34 days, 11 hours, 47 minutes. The drivers and boats were refueled while running and ultimately each of two boats was said to have completed 4,516 laps of the lake course and over just over 25,000 miles (his goal was the circumference of the earth!)

Legend and mystique aside, the lake and its surrounding property (approximately 17 square miles) are presently owned, managed, and operated by the Kenneth Kirchman foundation which purchased the property after Kiekhaefer’s death. The Kenneth Kirchman Foundation is a charitable organization that serves to educate the public about Central Florida’s ecology and wildlife.  The foundations primary focus is education of local children and at risk youth. They accomplish this goal by running various events such as the Osceola Sheriff’s Fishing Xtravaganza Bass Fishing Tournament and Adventure Camp.  Through these avenues children get the opportunity to enjoy the outdoors, fellowship, and learn valuable skills from positive role models that will facilitate a lifetime of enjoyment of the outdoors.

With the enthusiasm shared by all attendees at this debut tackle event I was surprised to learn that this event was ultimately non ASA affiliated. Logistics and endorsement issues aside, the event in my mind definitely served to be a logical stepping stone to putting some much needed clout behind the ICAST “Best of Show” label and voting process appertaining to tackle found in the New Product Showcase.  It’s always seemed odd to me to have individuals vote for a product they’ve barely had their hands on for five minutes let alone managed to spend some time out on the water with.  I know that myself and other editorial attendees were certainly appreciative of the companies that managed to make it out to the event.  It takes a certain level of courage to sit outside in July in Florida’s ninety five degree humidity showcasing product to discriminating anglers ready to vote that night on your product.

My hope is that this event (or some ASA affiliated event like it) can ultimately be a stepping stone for an educated and fair voting process when determining ICAST Best of show product.

Thanks to all of the following individuals and companies for helping push the current tackle industry paradigm and making this innovative event possible.

Below are just a few random images of the event: Ken Duke discussing the history and mystique behind Lake X Power-pole showcasing their latest and the greatest