It has been a few weeks since ICAST 2008 concluded and the after effects are starting to take their toll.

(This is the first part of a series entitled ICAST 2008 The Aftermath.)

There’s an inherent problem every tackle junkie encounters as they peruse the Internet daily whilst constantly searching for information on the latest and the greatest. That problem essentially surfaces when something catches your eye. Then that little voice in your head begins nagging at you day in and day out until you satiate your desires and acquire that new rod, reel, lure, whatever it may be. Of course after an event like ICAST there are certainly a few items that get added onto that “I need that”, “I want that”, “I have to get that list.”

12) New Rapalas: DT Sure Set 20 and DT Fat 01
Rapala balsa baits remain a staple in my box, and I’m pretty sure in most of your boxes too. The plain and simple reason is that they catch fish. I became a fan of the DT series a couple years ago despite their “durability issues” (read: don’t smack the weeds off like you would with a rattle trap unless you want to break your lure).  Currently the deepest diving DT lure I have is a DT16, though it rarely sees as much use as my DT 10 or DT FAT 03. I must say that I love how these baits run true right out of the box; don’t cost an arm and a leg, and catch bass pretty much everywhere. Thus, as soon as I saw the new DT20 and DT FAT 01 I knew they would end up in my box. 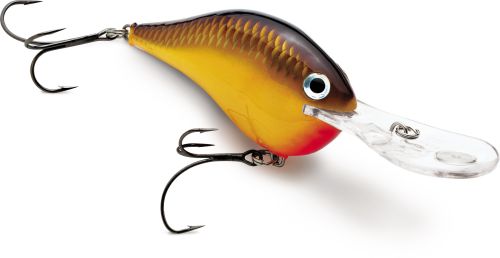 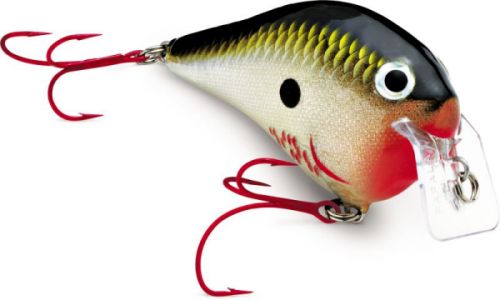 11) Quantum KVD Crankin Rods
Crankin is one of my favorite techniques and as much as I like Daiwa’s Steez Casting Rod Series, including their new Fle-X-Lite series of rods, it’s pretty hard to justify dropping $400+ on a rod designed primarily for cranks/jerk baits. However the $150 Quantum KVD Crankin rods had me impressed with their ACS reel seats, EVA split grips, Fuji Hardloy guides, and seemingly perfect crankin actions. With 6 models ranging from 6’6” to a 7’10” model KVD himself dubbed “The Launcher” there’s certainly room for one of these in my arsenal. 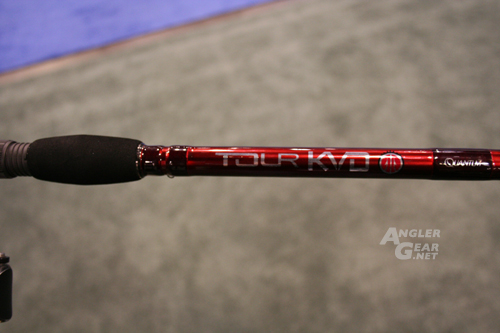 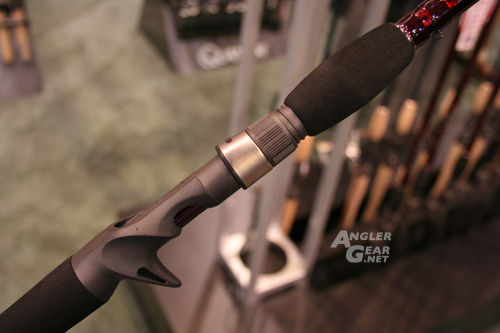 10) New Strike Pro Lures
I’ve personally never fished any of Strike Pros baits. However, after getting a first hand look at their outstanding quality and innovative designs I will definitely be adding some of this company’s lures to my arsenal. Two baits that specifically caught by eye were the Large An Pan fish  and the Super Deep Diving Cranks.

The An Pan fish is a large bodied lure that simulates a pregnant fish carrying hundreds of eggs. I was told that this lure was symbolic of how important conservation of our resource is and how strike pro promotes catch and release. This floating lure is 4 -9/16″ in length and weights about 3.75 oz.  The Super Deep Diving Cranks were rather interesting as well.  Accoring to Stirke Pro Literature there are 3 different models the EG038 “War Mouth Wobbler” (2.75″,3/4 oz, depth 22′), EG081C “Supersonic” (3.125″, 1 oz, depth 26′) and the EG042 “Super Crankee Diver” (3.25″, 1 oz depth 25′).  Retail prices were unavailable at ICAST, however I’m sure that wont matter too much once I find out where they’ll be available. 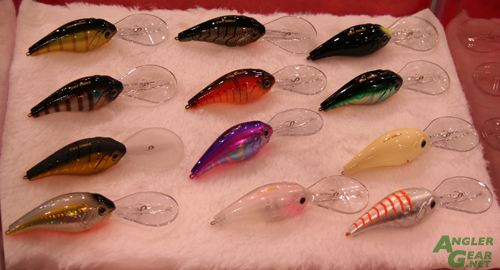 9) Jackall Bros: Poison rods
These JDM rods exhibit all the right styling cues to get any bass angler’s motor running, or at least start smelling bananas. Holding one of these made me feel a sense of empowerment, as if I was going into battle and needed a truly magnificent weapon to face my enemy!  First impressions aside, notable are the rubberized Fuji ACS grips, titanium sic guides, and mandatory custom sleeves.  In total there are going to be 9 different elite sticks available with an approximate retail of $450 (ouch!). 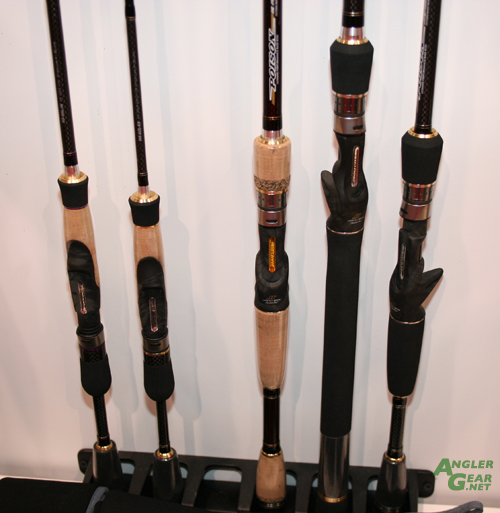 8 ) Suffix 100% Fluorocarbon and Crankin Line
Suffix has been around for quite sometime, but really started making a name for themselves the past few years with their Elite and Siege monos, as well as, their performance braid fishing lines. I’m a big fan of these lines and you can find majority of my reels spooled up with Sufix. My positive experience with their line only makes me want to spool up with their new 100% Fluorocarbon and Crankin line that much more.

The new 100% Fluorocarbon touts invisibility, sensitivity, abrasion resistance, and most of all castability. Whereas, the Deep Crankin’ line is advertised as a dense high molecular weight sinking line that allows crankbaits to dive deeper faster and stay in the strike zone longer. Like Sufix’s monos both lines will feature their exclusive G2 winding process (which I love).
Stats:
(Fluorocarbon: 200yd, 4lb-30lb,$17.99 – $24.99)
(Deep Crankin’ 300yd 6-20lb, $8.99 – $10.99) 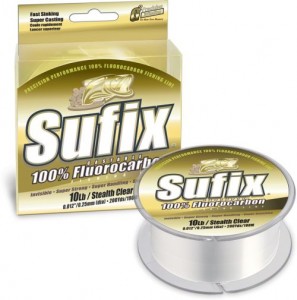 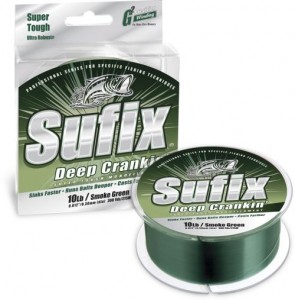 7) New Spro Lures: Bill Siemantel BBZ Shad
I was pretty impressed with the new offerings at the Spro booth. In my mind Spro is about delivering a quality customized product at a reasonable price. I’m personally a fan of their Dean Rojas Signature Bronze eye Frogs and Roland Martin Aruku shads. I’ve been looking into adding some John Crews Little John cranks to my arsenal for quite a while as well.