We’ll be at ICAST 2010 in Las Vegas in a couple weeks! GC and I are looking forward to checking out what this year’s show has to offer, with lots of photos and writeups to share with all of you.

It’s been a while since I’ve posted on the blog, and I just wanted to share something fun and fishing related. GC and I got married this year, and we spent our honeymoon on the beautiful Hawaii Island of Oahu. Many may not know that there is bass fishing on the island. It’s definitely not as great as the many lakes in Florida, but as a fishing enthusiast, GC wanted to see how Hawaiian fishing was like.

We went to the only freshwater fishing area offered on Oahu, which is a 400-acre irrigation reservoir in Wahiawa, which is commonly known as Lake Wilson. There are over seventeen different species of fish there, and we were looking for any of those species, especially bass. The day we went however, it was a cold and rainy March day. It didn’t really stop us though. It was close to the end of our trip and we figured, “how often do you get a chance to go to paradise?” It’s a good thing that I had my rain poncho from a visit to the Polynesian Cultural Center! We spent about 4 hours or so cruising along the reservoir while it rained trying to catch any type of fish. It was only a matter of time when one of us caught something, and it happened to be me! When I felt the bite, I tugged hard to set the hook and reeled a bright orange fish up. I never saw a fish like this before and it reminded me of an oversized, mutated goldfish. I learned that it was called a Red Devil. Woohoo! First catch of the day! 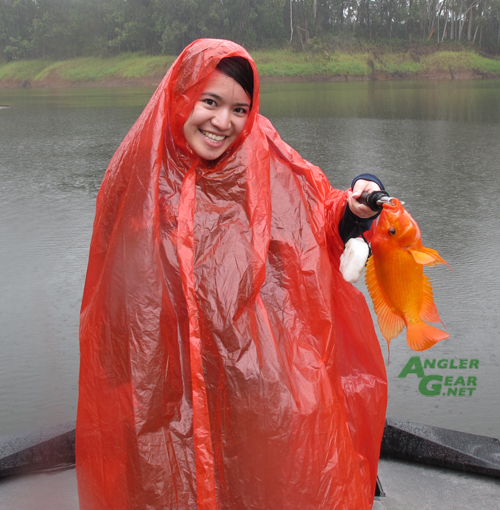 Later on, I felt another fish hook on, and this one was quite a fight. I was really afraid that I was going to lose the fish or snap the fishing pole. Keep in mind I’m not as obsessed and knowledgeable about gear as GC is, so maybe I was being overdramatic thinking I was going to snap the fishing pole! It sure felt like it though. I eventually reeled in a nice sized peacock bass. I was told it was around 2 pounds. 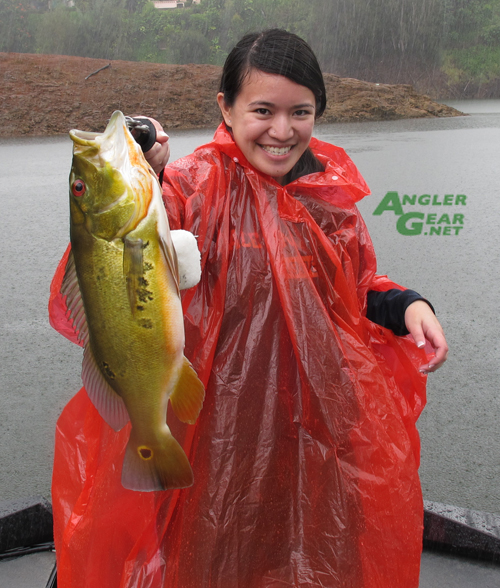 Overall, the fishing adventure was fun, and although GC wasn’t as lucky as I was, he was happy that one of us caught something! I realize that fishing requires a lot of patience, which I am guilty of not having much of. But when I do fish, it definitely gives me the opportunity to exercise patience. As many married couples know, patience is definitely an important element to a happy, long and successful marriage. 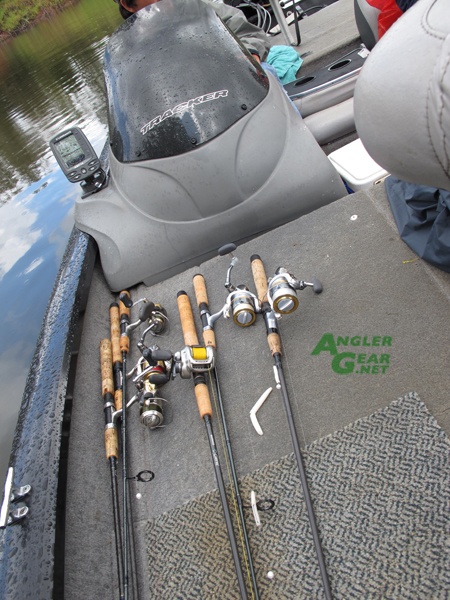 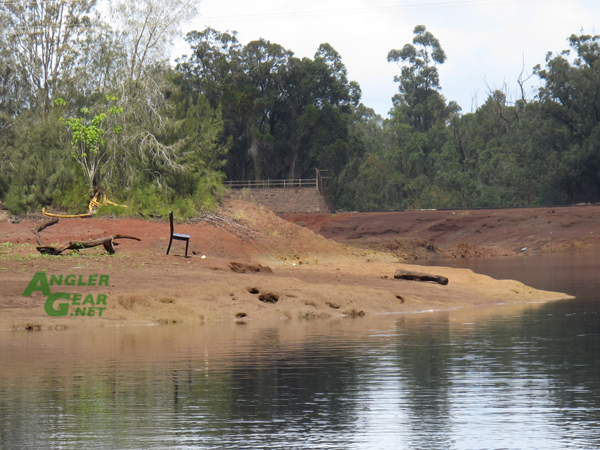 Another view of the urban reservoir 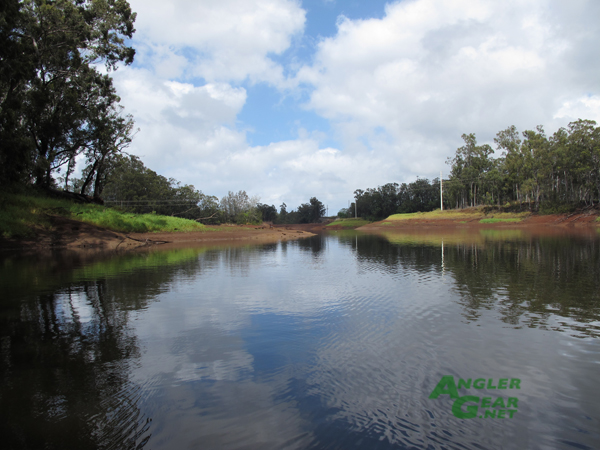 GC and our guide, Chris 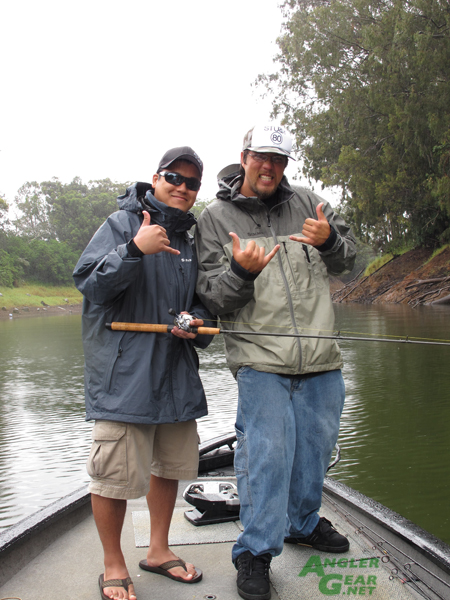 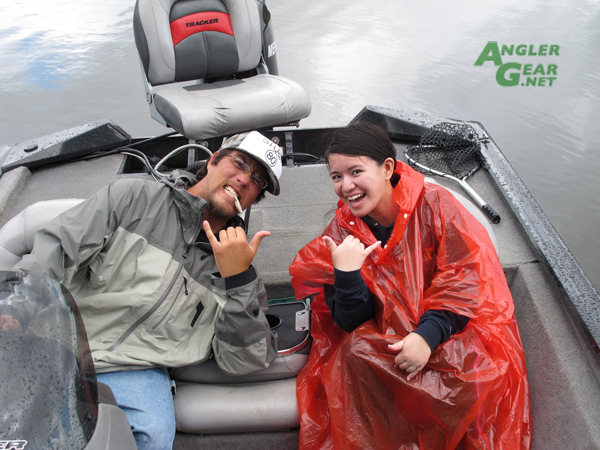